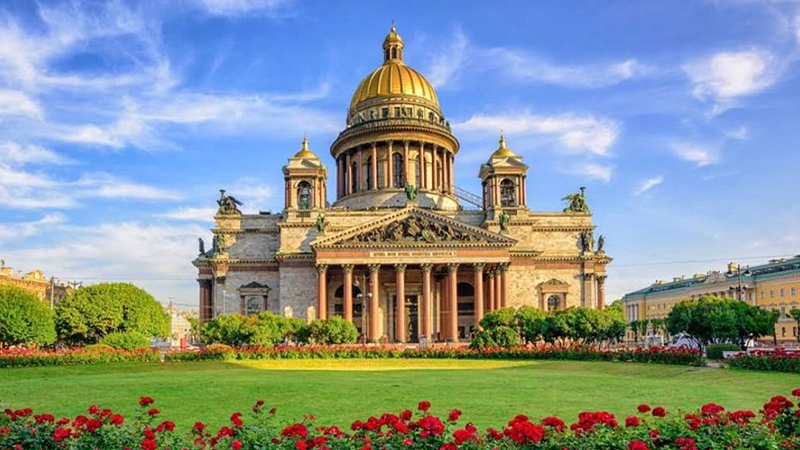 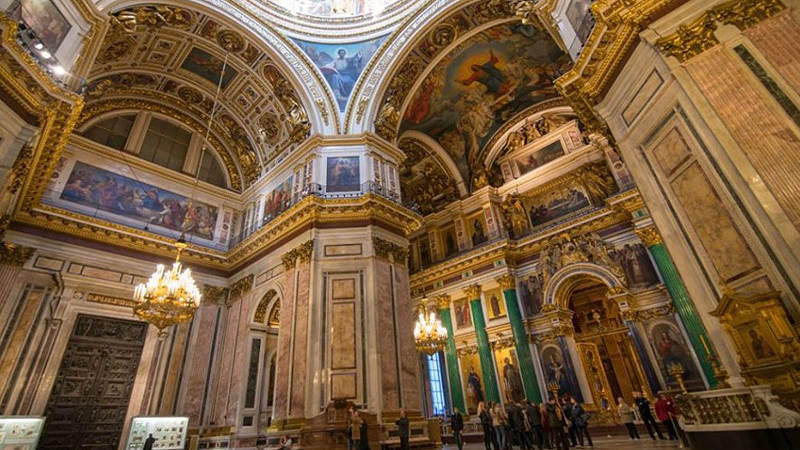 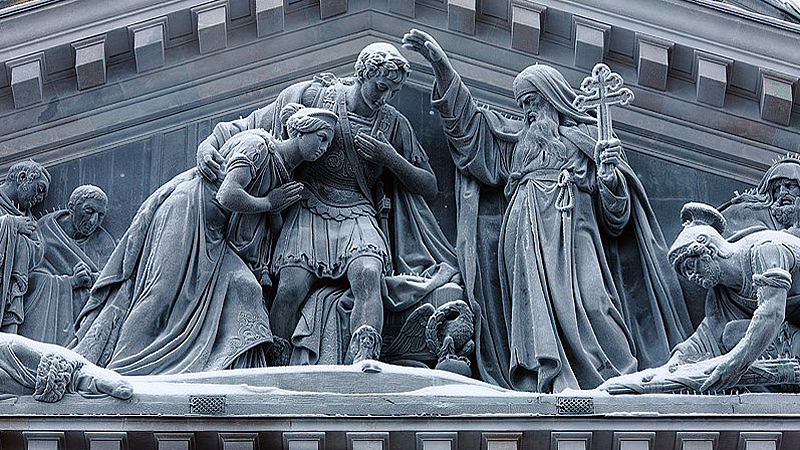 St. Isaac's Cathedral was originally the city's main church and the largest cathedral in Russia. It was built between 1818 and 1858, by the French-born architect Auguste Montferrand, to be one of the most impressive landmarks of the Russian Imperial capital. One hundred and eighty years later, the golden dome of St. Isaac still dominates the horizon of St. Petersburg with impressive nuances and interiors.

The cathedral's facades are decorated with sculptures and massive granite columns (made of single pieces of red granite), while the interior is adorned with incredibly detailed mosaic icons, paintings and columns made of malachite and lapis lazuli. The church, designed to accommodate 14,000 standing worshipers, was closed in the early 1930s and reopened as a museum. Don't forget to climb the 300 steps up to the cathedral's colonnade, and enjoy the magnificent views over the city.